There were days in the depths of the COVID-19 pandemic when members of the Soweto Gospel Choir wondered when they would ever sing again.

The three-time Grammy winners from South Africa, who have worked with Beyonce, Pharrell Williams, the Red Hot Chili Peppers and U2, were touring Australia when live performances came to an abrupt halt in late February 2020. But for two dates this summer in the UK, the choir have not toured since.

But the singers never lost faith. And that, rewarded, will be seen soon – on October 14th at the Stephen B. Humphrey Theater at Saint John’s University. It is the first of a dozen events in the 2022-23 Fine Arts Performance series.

Significantly, the show is titled “Hope, It’s Been a Long Time Coming,” and Bongani Ncube, the choir’s manager and singer, said it’s an apt description of what the group has been through and what they’re trying to convey.

“Giving up is not an option,” said Ncube, also a bassist and dancer who has been with the choir since 2008. “Failure, loss and pain may be part of our lives, but so may joy, peace and happiness – and of course hope. Indeed, when we have hope, we regain our strength to move forward despite the difficulties.”

He spoke just before the choir embarked on the first of two separate simultaneous tours in 2022. One will span the entire US and Canada while the other will be set in the UK and Europe. Prior to that fall, the group had not sung in America since December 2018, and the last time the singers performed in Minnesota was March 13-14, 2014 at the Benedicta Arts Center at the College of Saint Benedict.

“COVID-19 has been declared one of the most severe pandemics the world has ever seen,” Ncube said. “Very little was known about the virus while many lives were lost here in South Africa and around the world. Hope was our fortress. We held fast to our faith in God and we held hope that life as we know it would be normal again. Now we’re touring the world again. This time we share our story of how hope kept us alive and we thank God in everything.” 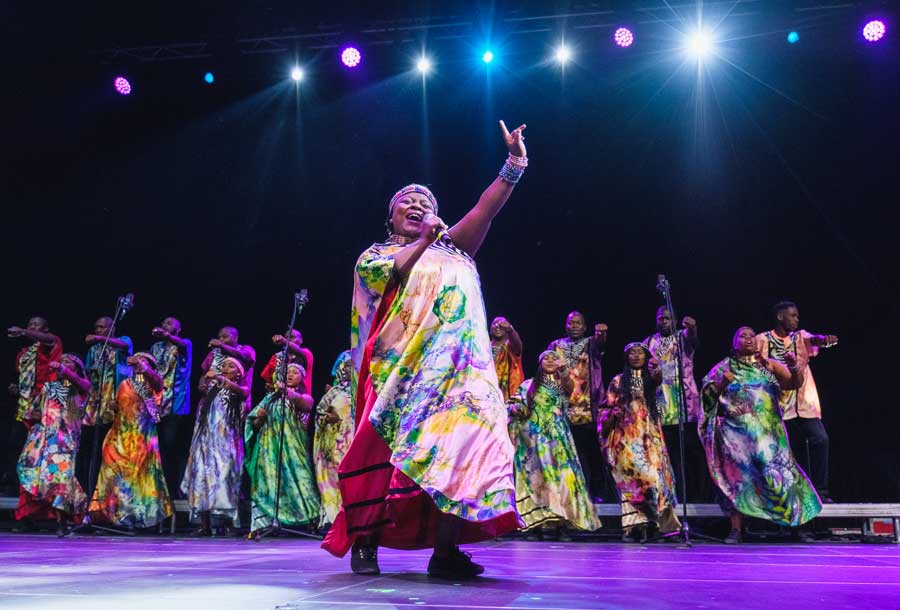 The Soweto Gospel Choir, three-time Grammy winners from South Africa, will perform at Saint John’s University’s Stephen B. Humphrey Theater on October 14th. They have collaborated with dozens of artists including Beyonce, Pharrell Williams, the Red Hot Chili Peppers and U2.

Deriving their name, the group hails from South West Township, a town outside of Johannesburg, South Africa. Her show will feature a strong influence from her latest album Freedom, which won a Grammy for Best World Music Album in 2019. It features songs reminiscent of the South African freedom movement, and the tour will also highlight the US civil rights movement and the parallels between the two.

“There are many similarities between the freedom struggle in South Africa and the civil rights struggle in the US,” said Ncube, one of 25 singers on the North American tour. “Our freedom fighters like Nelson Mandela and Dr. Martin Luther King shared many feelings about the struggle for liberation and uniting people of different cultures and ethnicities. Their basic ideals were to bridge the economic gaps between black and white in both countries. The idea was to manage the inequalities as respectably as possible. Humanity was the keyword.

“Many of the ordinary people who were oppressed in both countries had no other way of expressing themselves than through their song. Music is very powerful for heartfelt expression and a peaceful form of opposition.”

Also Read :  Energy shortages in France have people on edge as winter approaches 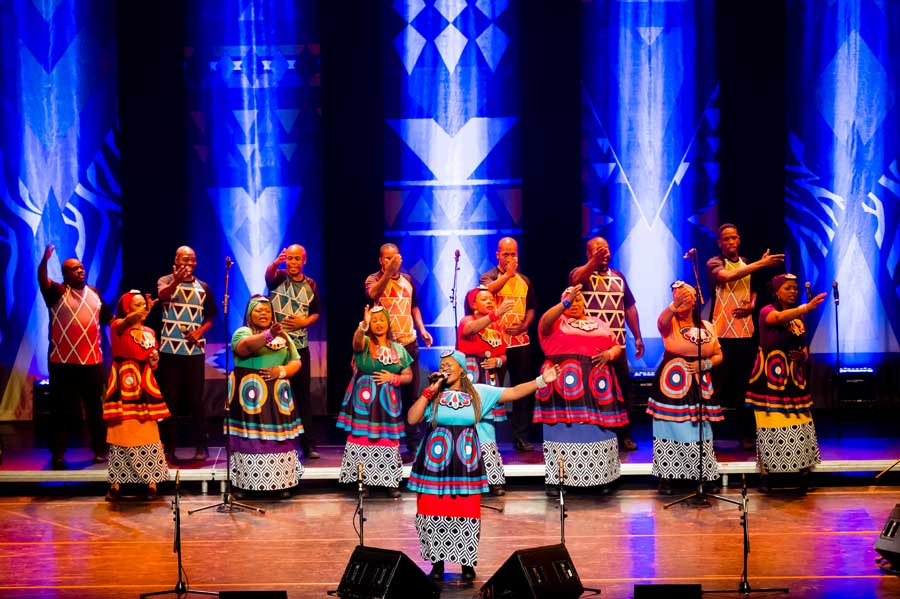 A group of 25 singers will travel on the 2022 North American tour for the Soweto Gospel Choir, which has not toured the United States since the COVID-19 pandemic.

In Hope, the singers will perform a setlist that includes nearly a dozen traditional South African songs and nearly as many US songs, including Respect, written by Ottis Redding and recorded by Aretha Franklin in 1967, What’s Next? by Marvin Gaye in 1971 and I’ll Take You There, released by The Staple Singers in 1972. In addition to Redding and Franklin, the show includes a tribute to James Brown and Curtis Mayfield.

“They always seem to have been able to convey controversial messages through their music, talent and creativity,” said Ncube. “They have made it a house activity to tell their stories as they are. That’s what we do as the Soweto Gospel Choir. Every chance to be on stage is an opportunity to tell our story as it is.”

The Soweto Gospel Choir was formed in 2002 when its debut album, Voices of Heaven, hit #1 on the Billboard World Music Chart. In 2007 the singers won a Grammy for best traditional world music with their second CD “Blessed”. They won a second Grammy for their third album African Spirit. They also won an Emmy for an ad campaign featuring the 2010 World Cup and were nominated for an Oscar for the song “Down to Earth” from the 2009 film Wall-E and have been linked to three other Grammy-winning performances – two by the London Philharmonic Orchestra and one by Peter Gabriel.

As the Soweto Gospel Choir approaches its third decade, some of the names and faces have changed, but its core mission remains the same: spreading joy.

“Evolution is a necessary process to ensure survival,” Ncube said. “We had to grow as the music industry continued to change. We had to learn to work with giants to grow to their greatness – the likes of U2’s Bono, Ben Harper, our African brother Wizkid, Burna Boy, our multiple Grammy winning India friend Ricky Kej and many other artists of great talent. This has made our craft more diverse and thus increased our endurance in this tough industry.”

And without hope they wouldn’t have made it.

Tickets for CSB and SJU students are available for $8

Tickets for the October 14 performance are available for CSB and SJU students for just $8. Regular tickets are $42, $39 for seniors, $35 for faculty and staff, and $15 for youth. For more information, call the Benedicta Arts Center box office at 320-363-5777 or online at www.csbsju.edu/expect.

Members of the Soweto Gospel Choir will also lead an Intro to Gospel Workshop on October 14 at 3:00 p.m. in Quad 264 at Saint John’s University. There is a limited number of places for students and the general public. If interested, please contact Leslie Hanlon at [email protected].

This performance and appearance is made possible in part by Minnesota voters through an Operational Support Grant from the Minnesota State Arts Board, thanks to a statutory grant from the Arts and Heritage Fund.

NOTE: The October 29 performance of Ballet Jorgen’s Anne of Green Gables, scheduled for the Escher Auditorium at CSB, has been cancelled. The Canadian dance company had to cancel their current tour of America due to visa problems when traveling between the two countries.