Dundee United B began their Cinch Reserve League Cup attack as Queen’s Park made the journey north from Glasgow.

First-team regulars Kieran Freeman, Scott McMann, Mathew Cudjoe and Craig Sibbald were all called up to the starting line-up by Brian Grant and Andy Payne, while Jack Newman took the number one shirt from Ruairidh Adams.

Sibbald acted at left flank, supported by Cudjoe and Miller Thomson in a three-man forward line. Archie Meekison and Finn Robson held central midfield themselves, while Freeman and McMann were used as attacking full-backs. 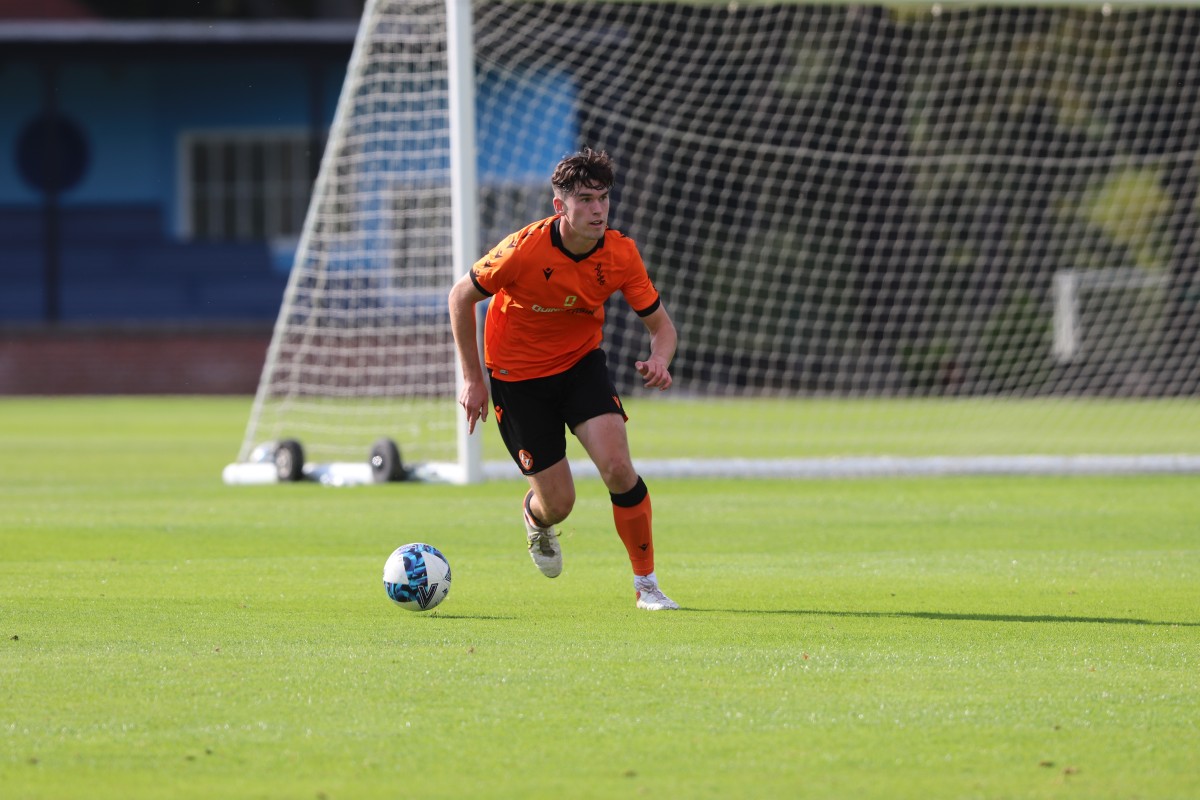 Within the opening five minutes, Queens left-back Alex Bannon sent a seeking ball into the channel for Lewis Moore, who appeared to be level with Newman, but a strong recovery challenge from Adam Hutchinson thwarted the winger.

Liam McLeish perhaps should have tested Newman soon after, hitting Moore’s corner from the right, but the Spiders No. 38 sent his free header well over the bar.

United’s first shot on goal came after 13 minutes, Cudjoe pouncing on a loose ball in the box and seeing his low right-footed shot blocked by Jason Naismith. Freeman then hit the rebound wide of the target from long range.

Queens Park almost had to pay for giving the ball away cheaply outside their own box when Bannon accidentally played the ball straight to Sibbald, the former Livingston man who charged forward and sent his tame punch down Jacques Heraghty’s throat. 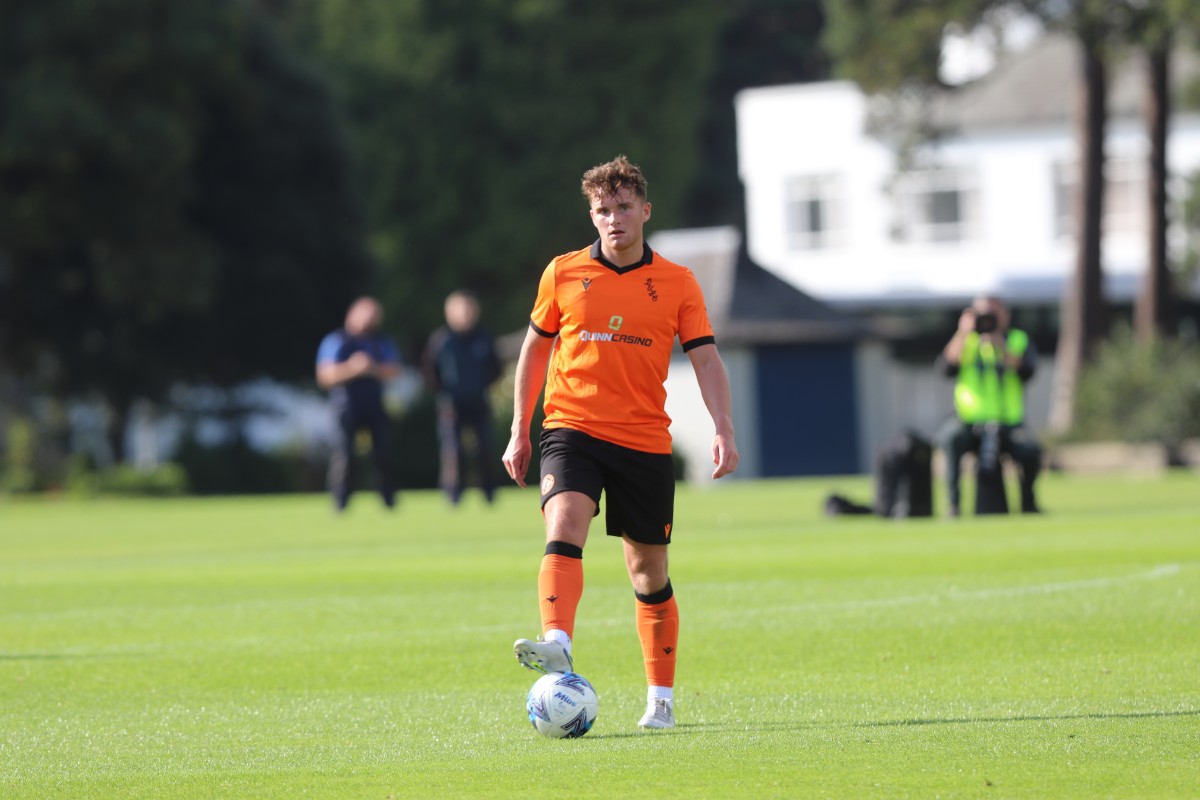 The home side’s pressure continued to build, this time from Miller Thomson, who saw the whites of Heraghty’s eyes twice in quick succession. First he weaved past veteran Naismith to the touchline and saw his dangerous cross blocked by the goalkeeper’s feet. The same fate befell the 17-year-old’s low shot from a tight angle as he advanced into the penalty area.

At the other end, an untimely challenge from Flynn Duffy offered Liam Brown a chance to deflect a 22-yard free-kick into the bottom left corner, equal to United stopper Newman.

The pendulum swung back to the Mandarin side with Meekison as the midfielder made a penetrating run between center halves to latch on to a Duffy pass and shot over the bar as he tried to find the far top corner.

Another sloppy defense put the ball on a plate for Robson to fire from inside the box, but his attempt lacked power and culminated in an easy save for Heraghty.

It was another busy afternoon for Queens Park goalkeeper Heraghty, who this time spectacularly shoved a deflected McMann free-kick over the bar that seemed to curl into the post.

Despite United’s numerous chances in the first half, it was the visitors who went into the break a goal clear. Cudjoe committed an awkward foul from the 18-yard line on the advancing Moore, and Callum Biggar rolled the resulting set piece on the head of Naismith, who was looking home point-blank. 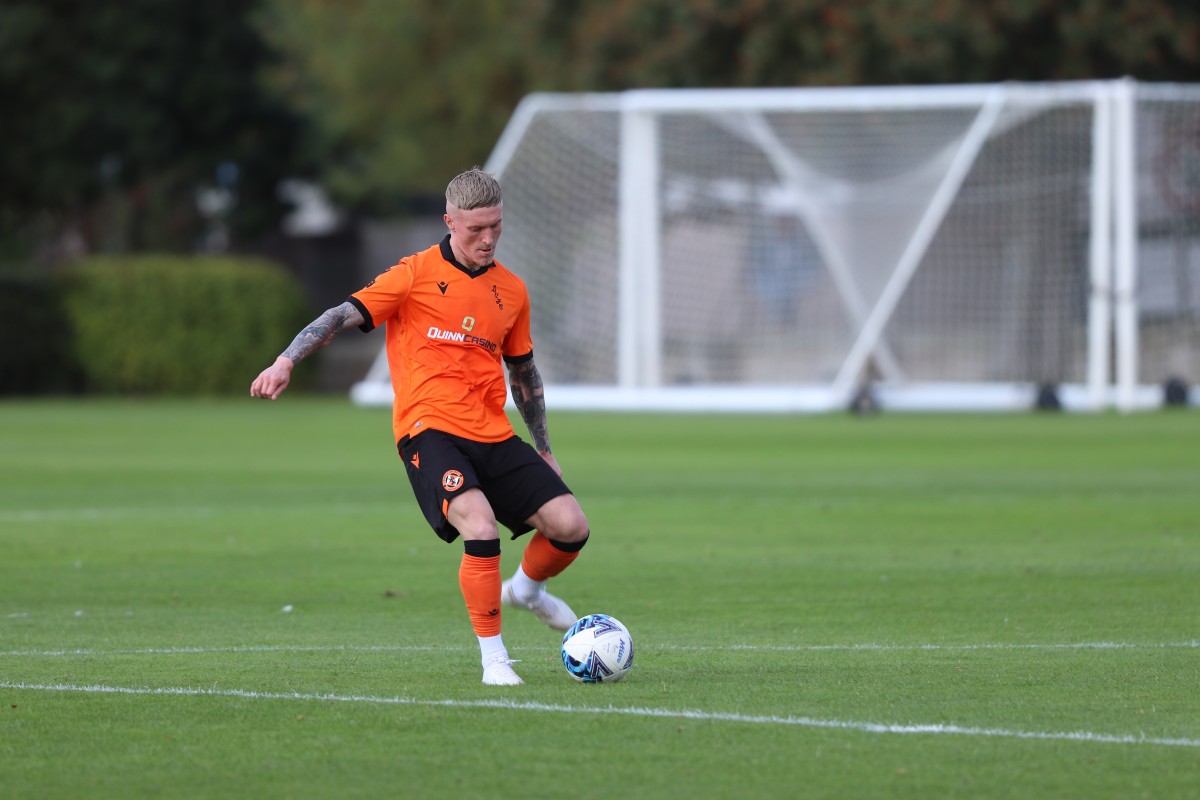 Grant and Payne made a slight tactical change at the break when Sibbald stepped in as an anchor in midfield – a more natural role for the 27-year-old. This allowed United to regain control of the center of the pitch, which was slightly overrun in the first half due to a numerical inferiority.

The pressure on the Queens defensive line mounted as the hosts scouted for a way, and eventually the equalizer came. A slide rule pass from deep that put more than four players out of play found Freeman, who advanced from right-back who carried the ball into the area before squaring for Meekison, and he tapped home from less than five yards.

McMann created a chance out of nowhere after collecting a loose ball more than 40 yards from goal, pivoting gracefully away from Kane Thomson and then dancing past Biggar into the box. The number three unleashed a venomous effort that seemed to nestle into the top corner, but another fabulous Heraghty stop denied it. 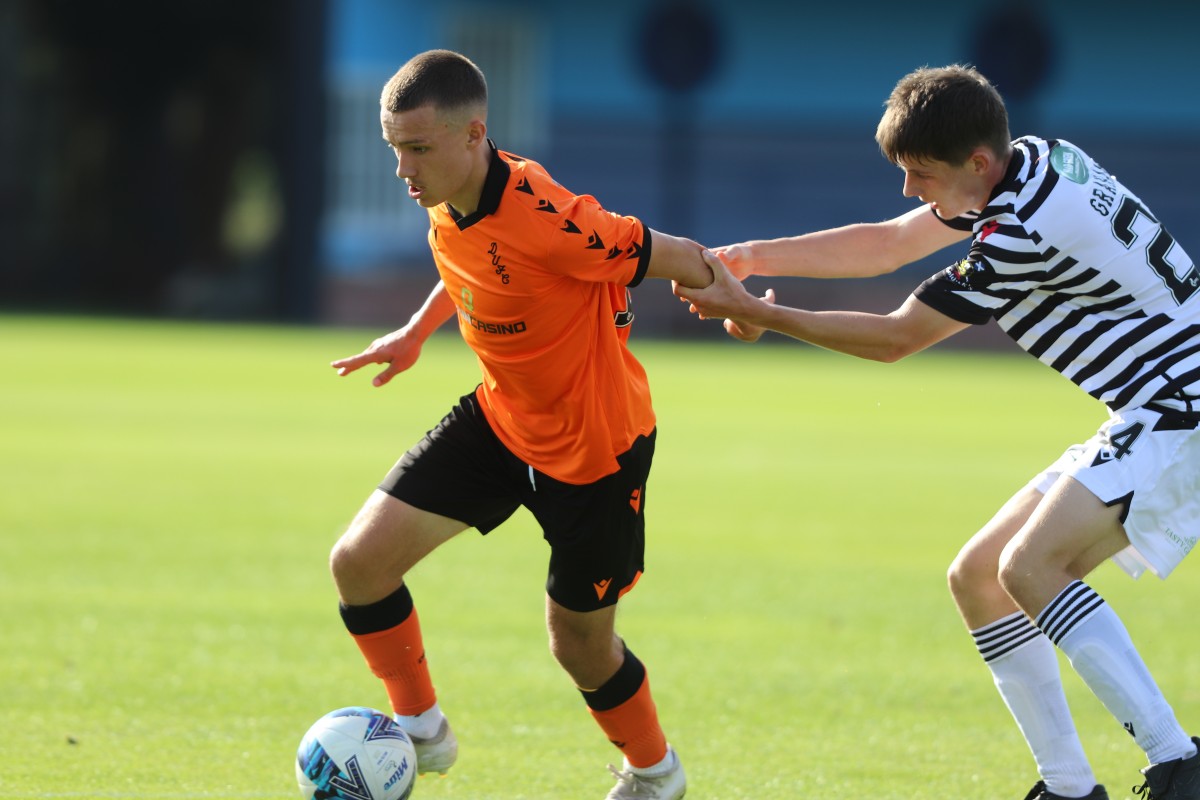 A standout in the ’90s, Thomson was the architect of a Meekison sighting of goal after playing a sharp one-two with McMann and somehow escaping Biggar’s clutches as he was cornered. Thomson drew in his colleague, who was standing on the corner of the penalty area, but the midfielder found his bending shot tilted around the far post.

In the 83rd minute, Meekison almost had a copy of his earlier chance, this time sending the ball to the wrong side of the post.

United survived a late scare as the clock ticked to 90 minutes when Lucas McCormick missed a volley from 16 yards, with Newman rooted at the spot.

Penalties threatened and 94 minutes played – Scott McMann steps forward to win for United and send the reserve through to the next round of the Cinch Reserve Cup. Substitute Rory MacLeod led a quick break down the left flank and drilled into the middle of the park for Sibbald, Thomson dropping the number 11 in the D.

McMann, previously stopped by Heraghty from a set piece, smacked the keeper’s side and the ball kissed the post before bouncing in the middle of the goal. This is the final kick in a hard-fought cup game. 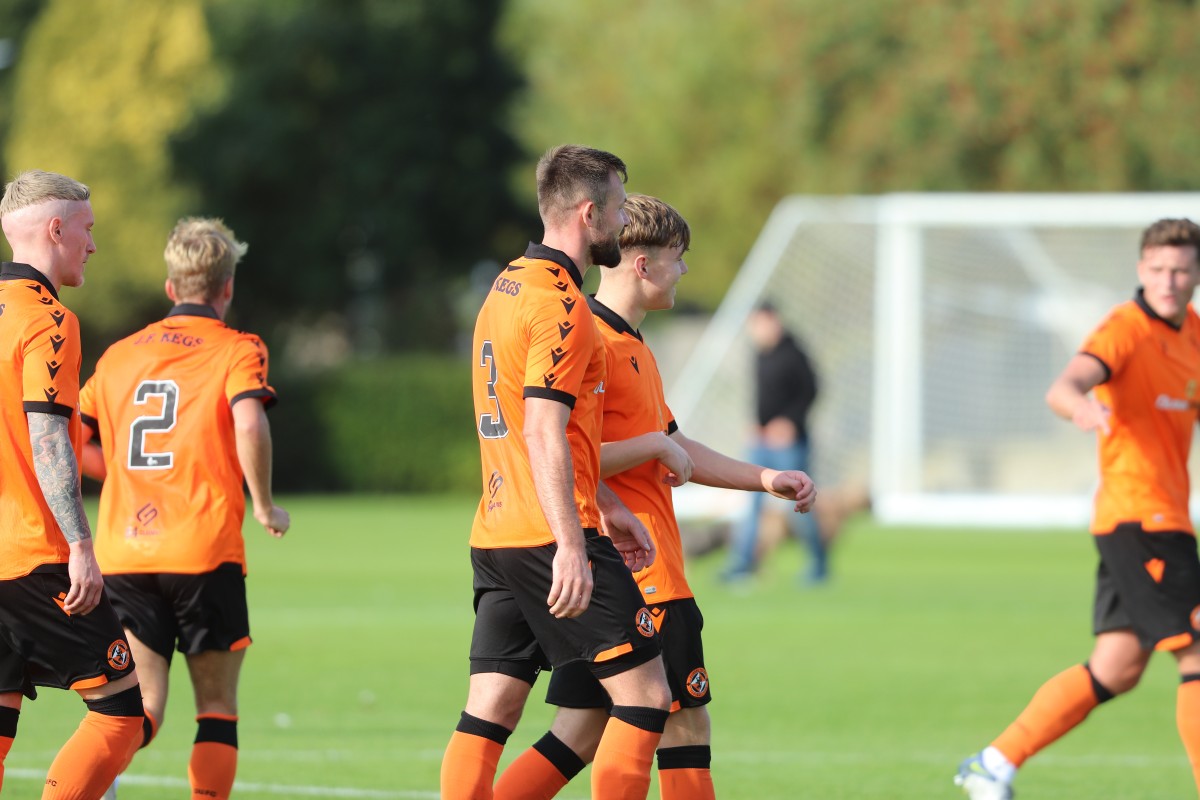