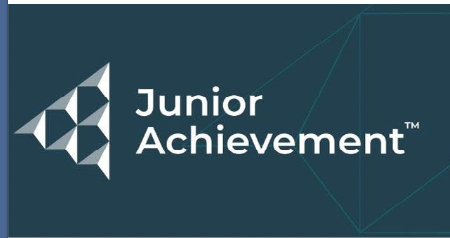 Margaret Davis Del Fabbro, William J. Farrell and William D. Provine will be inducted into the Delaware Business Leaders Hall of Fame on October 26 at the JA campus in Wilmington.

They join the ranks of 73 Hall of Fame honorees inducted since the program began in 1990.

Del Fabbro is CEO of M. Davis & Sons; Farrell is CEO of the Wilmington Trust Company and Executive Vice President of the Management Group at M&T Bank; Provine is the founder and CEO of the Delaware Innovation Space near Wilmington.

The purpose of the Delaware Business Leaders Hall of Fame is to honor leaders in business, industry, academia, and community who serve as successful role models for adults.

Ticket and sponsorship information for the 2022 Delaware Business Leaders Hall of Fame Networking Reception and Induction Ceremonies is available here:

Margaret Davis “Peggy” Del Fabbro is CEO of M. Davis & Sons, an industrial contractor and fabricator and certified woman-owned company. Peggy is the fifth member of the Davis family to lead the company, which celebrated its 150th anniversary in 2020. M. Davis offers products and services ranging from modular manufacturing projects to mechanical and electrical services to power distribution products. Peggy has been CEO for 35 years. The company has locations in Delaware and the mid-Atlantic and is headquartered in Kennett Square, PA.

dr William D Provine is CEO of the Delaware Innovation Space, where Bill is currently on loan from DuPont. The Innovation Space is a not-for-profit organization formed in 2017 through a public-private partnership with DuPont, the University of Delaware and the State of Delaware to incubate and accelerate science-based startups. In its first five years of operation, The Innovation Space has supported over 80 startups, raising over $800 million in funding and supporting hundreds of local jobs.

William J Farrell is Executive Vice President and member of the Management Group of M&T Bank. Bill has overall responsibility for the Institutional Client Services Division, which includes the Global Capital Markets and Retirement Services businesses, Product Strategy along with M&T Insurance Agency and ICS Risk Management. Bill has been CEO of Wilmington Trust Company since 2011 and CEO and President of Wilmington Trust NA since 2020. Bill joined Wilmington Trust in 1976 and has held a number of senior positions across the firm in retail banking, investment accounting, accounting and trustee operations and engineering.

The Hall of Fame was originally created in partnership with Hagley Museum & Librar to honor historic and retired industry leaders. The Hall of Fame later became a partner of the Accolade Alliance and began incorporating retired small business owners/entrepreneurs. More recently, M&T Bank led the transition to include current and contemporary leaders who serve as role models for Junior Achievement students. A more diverse and inclusive selection process resulted in five Laureates of Color being inducted in 2020 and 2021.

Junior Achievement is the world’s largest organization dedicated to providing young people with the knowledge and skills they need to plan for their business success.

JA reaches more than 2.5 million students each year in 102 markets across the United States.